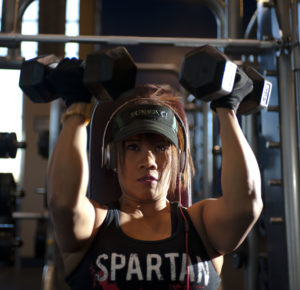 Depression affects millions of us, and while we are slowly opening up about mental health issues and beginning to banish the stigma that surrounds them, it is critically important to keep open the conversation to foster understanding and empathy for those who may be struggling.

Sarah Schuster is the mental health editor at The Mighty, and she decided to find out how depression manifests itself in ways other people can’t see.

“While most people imagine depression equals ‘really sad,’ unless you’ve experienced depression yourself, you might not know it goes so much deeper than that,” she writes. “Depression expresses itself in many different ways, some more obvious than others. While some people have a hard time getting out of bed, others might get to work just fine — it’s different for everyone.”

Asking community members on The Mighty Facebook page the question: “What’s something people don’t realize you’re doing because you live with depression?” The response was eye-opening. Below is a list of some of the things that people had to say. Scroll down to check it out.

The response was eye-opening. Below is a list of some of the things that people had to say. Scroll down to check it out.

Struggle to get out of bed, sometimes for hours. Then just the thought of taking a shower is exhausting. If I manage to do that, I am ready for a nap. People don’t understand, but anxiety amd depression is exhausting, much like an actual physical fight with a professional boxer.

Going to bed at 9 pm and sleeping throughout the night until 10 or 11 am. Then getting out of bed is the hard part. Showering is also a struggle. Trying to keep the house tidy. Watching hours upon hours of Netflix but not even interested in what I’m watching because nothing really interests me anymore.

I don’t like talking on the phone. I prefer to text. Less pressure there.
Also being anti-social. Not because I don’t like being around people, but because I’m pretty sure everyone can’t stand me.