Everyone has to start somewhere. And when it comes to cardio, working out in the comfort of your own home is a great place to start. We created this 15-minute workout for beginners, complete with low-impact modifications for anyone who doesn’t want to jump. You don’t need any equipment for this workout, just a can-do attitude. So press play and get ready for your heart rate to rise. 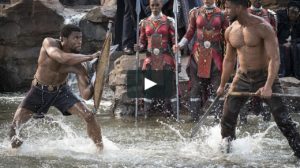 Do you like working out while listening to music? Does it keep you pumped and motivated?

The Black Panther soundtrack is here giving us an amazing feel at what is surely to be one of the best movie soundtracks of the year with songs by Grammy-winner Kendrick Lamar, SZA, Khalid, Vince Staples, The Weeknd, and many more.

The soundtrack sounds less like a movie soundtrack and more like a regular album, but it’s clearly inspired by the characters of Black Panther and the fictional African country, Wakanda.

END_OF_DOCUMENT_TOKEN_TO_BE_REPLACED

Have fun while you lose weight with this Zumba Dance Workout with our best uDance instructor! Keep on doing this dance non-stop to lose weight while dancing and having fun. Zumba is an enjoyable way to stay fit. We believe that the best way to lose weight is by having a blast! And you can even do this right at the comfort of your own home! Follow this dance music and enjoy the video!

Ever wonder why your belly keeps getting bigger even if you’re not overweight?

Sometimes the abdomen increases as a result of a general increase in body weight, sometimes as a result of eating certain foods. To remove your tummy with a minimum of effort, you should determine the cause of its appearance and neutralize it.

You might also find this article useful about the types of belly not caused by fat: https://brightside.me/inspiration-health/5-types-of-tummy-that-arent-caused-by-excess-weight-330360/ 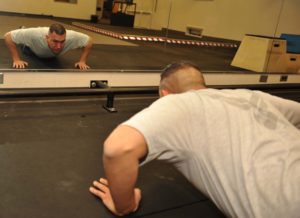 A 39-year-old man has decided to completely change his life around to become a better father and husband to his family. In just six months, his determination and hard work have already achieved results so unbelievable, his family hardly recognize him.

In August, Montana-based antiques dealer Jeremiah Peterson went on a backpacking trip to a mountain lake with his children. Instead of remembering all the good memories we had made on this trip all I can remember is this one thing that kept playing in my head over and over again, Jeremiah wrote on his Instagram. I found myself running out of breath and having to take breaks way before my 9, 7, and 6-year-old kids.