Be Inspired with the Very Fit and Sexy 'Black Panther' Cast 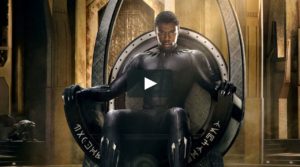 Black Panther has movie audiences all but salivating with anticipation to see a beloved superhero and a formidable cast of color. The film’s roster has been growing for years, adding vets like Angela Bassett and Forest Whitaker as well as future powerhouses like Letitia Wright and Winston Duke.

Looking for inspiration to get fit? The Black Panther cast might inspire you with their muscular physique and all.

There’s a whole lot of people in this whole lotta movie, and we don’t want anyone to waste that precious theater time wondering, “What else have I seen her in?” For that, here’s a handy who’s who of the Black Panther cast – all of whom, if they weren’t already, are stars.

Before Black Panther – or rather, before debuting the character in Captain America: Civil War – Boseman became something of a go-to historical actor, portraying Jackie Robinson in 42 and James Brown in Get On Up. His career started with television and theatre, including directing an off-Broadway play and on the series Lincoln Heights. In 2017, he played Supreme Court Justice Thurgood Marshall in the movie Marshall, featuring fellow Wakandan Sterling K. Brown. 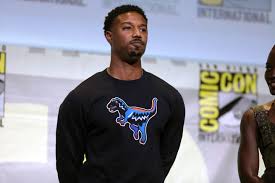 One of the film’s major characters is one of its most experienced emerging stars: Jordan is a mainstay of Ryan Coogler’s filmography, having starred in both of the director’s previous outings, Creed and Fruitvale Station. This isn’t his first Marvel movie after an ill-fated Fantastic Four outing, or even his first superhero movie if you count the visceral Chronicle in 2012. He also starred in That Awkward Moment, an ensemble rom-com in which he and Zac Efron are bros who walk through SoHo discussing their love lives while sipping overpriced coffee!

Many still know Jordan as Wallace from The Wire, or as Vince Howard from Friday Night Lights for a game-changing fourth season through to the end of the show. He also appeared in show runner Jason Katims’ next series, Parenthood, as Haddie’s sexiest and most socially aware boyfriend. 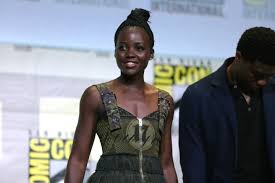 Nyong’o got her big break in 2013 with 12 Years A Slave, which earned her an Oscar for Best Supporting Actress. Before making a CGI debut as Maz Kanata in the new Star Wars trilogy, she had a brief stint on Broadway in 2015’s Eclipsed and appeared in the action film Nonstop.

WATCH: Chris Hemsworth’s ‘Thor’ workout will put yours to shame

Be Inspired with the Very Fit and Sexy ‘Black Panther’ Cast

Here’s an article that can also inspire you to be fit: https://www.harpersbazaar.com/beauty/diet-fitness/a11390/inspirational-celebrity-fitness-quotes/