Back in 2008, Sam Rouen won the third series of ‘The Biggest Loser,’ a reality TV show that pits overweight contestants against each other to see who can lose the highest percentage of body weight for a cash prize.

Aged just 19 at the time, Sam weighed a hefty 154kg when he started on the show, and by the end had lost an amazing 71kg. Now 29 and a fireman, it is clear that he has kept up his good habits since his appearance on the show after releasing a post reflecting on the 10 year period of his incredible transformation.

“Wasn’t sure if I was going to do this post?” He said. “However, 10 years hey. What a time. So much has happened, good, bad, everything between. Highest highs and lowest lows. All I know is I’ve got some amazing people in my corner and I’m unconditionally appreciative of that.”

Sharing a before-and-after photo from a chubby teenager on the show to ripped and toned firefighter, he is completely unrecognizable from his former self. He has found love and appeared as a model in a firefighters calendar, and is dedicated to his healthy lifestyle and workout regime. “I’m addicted to working out now, I definitely love running and working out with my brother. I play a bit of sport to stay in shape and also work out in the gym,” he told Australian newspaper The Daily Telegraph. 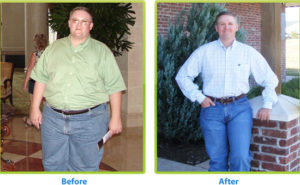 However, despite his chiseled body he still has some leftover anxiety formed long ago during his overweight days. “I’m still extremely self-conscious,” he says. “I still don’t like taking my shirt off, even at the beach.”

Sam’s story is pretty inspirational and shows what can be done with some hard work and dedication to healthy living. Having achieved his aim of becoming a fireman and coming out looking fantastic in the process, Sam believes that “you can beat your lowest point and, with a bit of hard work and persistence, you can turn it around and fulfill your dreams.”