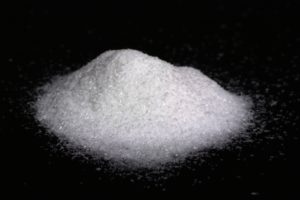 For decades, the food additive monosodium glutamate (better known as MSG) was demonized in the West. More recently it has been discovered to be harmless, or at least the sodium component is no worse than salt. Now, however, we’re seeing evidence the once-derided molecule could be the gateway to sticking to an intended diet.

Despite anecdotal accounts of people experiencing reactions after eating MSG-heavy meals, there is no strong evidence the flavor-enhancing amino acid is unsafe. Indeed historians have traced the widespread belief of its harms to racism, a consequence of MSG synthesis being discovered in Japan, and Americans and Europeans mostly encountering the molecule in Asian restaurants.

A new paper in Nature Neuropsychopharmacology concludes people who allowed the xenophobic scare campaigns about racing hearts and headaches after MSG-rich meals to affect their diet weren’t just missing out on sensational tastes. They were also making it harder to keep their other choices healthy.

Studies of people who are struggling to lose weight have usually, but not always, found eating broth with MSG before meals reduces their overall calorie consumption, compared to consuming an otherwise identical soup without MSG. However, the mechanism was unexplained. Consequently, Dr. Miguel Alonso-Alonso of Harvard Medical Center ran a similar test but tracked the participants’ behavior when presented with a buffet meal, including using computerized eye-tracking and neuroimaging of brain responses.

Such detailed observations are only practical with small sample sizes, in this case, 30 women aged 18-30. Consequently, the findings need to be treated with care.

Nevertheless, Alonso-Alonso reports the MSG did not significantly reduce calorie consumption in his subjects, but led to healthier choices, particularly eating less saturated fats. Moreover, the greatest effects were seen among the women who described themselves as lacking self-control and being prone to binge eating.